Limited Time Offer! 15% Off Any 2 or More Key Fobs

No reviews yet Write a Review

on Orders of $55 or More
Shipping to:35260
We’ll show updated delivery options for your area.

Get it by Fri ,Nov 27 with Express Shipping 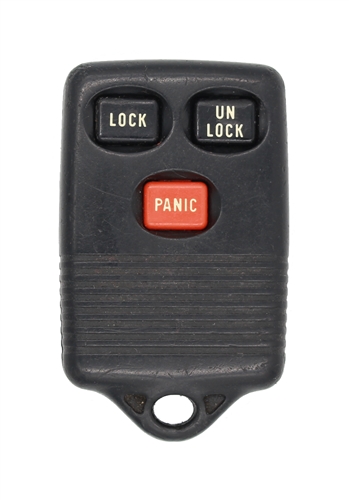 There are 3 possible procedures.

2. Momentarily jump pins in programming connector located at the base of the steering column, behind the glove box (Windstar), or in the right rear quarter panel (Probe); the exact location will vary from vehicle to vehicle. All doors will lock then unlock to confirm programming mode. (Programming connector will be 2 wires with a plastic plug at the end. The plug Will NOT be connected to anything. If you look inside the plug there will be metal inside on each side of the plug. Jumping the pins means to make a connection between the metal inside the plug. You can do this by using any metal, a metal paperclip bent in the shape of a 'U' usually works perfect.)

5. Turn ignition to OFF. Locks will again cycle to indicate end of programming mode.

1. Turn ignition from OFF to RUN 5 times within 10 seconds, with the 5th time ending in RUN. Door locks will cycle to confirm programming mode. (Off is the position where you can remove your key, RUN is the position just shy of starting your car.)

2. Within 20 seconds press any button on the first keyless remote to be programmed. Door locks will cycle to confirm programming. If you only have one remote then skip to step 4.

3. Within 20 seconds, press any button on the second keyless remote. Door locks will cycle again to confirm programming. Repeat step 3. for all other remotes.

4. Turn ignition to OFF. Locks will again cycle to indicate end of programming mode.

2. Turn the ignition key ON (ON is the position just shy of cranking the engine).

3. Press and hold the programming/override button (located under or at the bottom of the driver's side dash). In approximately 20 seconds the system will start to cycle the door locks and the siren (if equipped) 3 times to indicate the system has entered the transmitter learn mode (DO NOT RELEASE THE PROGRAMMING/OVERRIDE BUTTON).

4. Press the #1 button (top left button) on the un-programmed transmitter. The system will respond by cycling the door locks and the siren (if equipped) one time to indicate the transmitter has been learned.

5. All other transmitters (up to four) also need to be programmed at this time.

6. Programming is now complete, let go of the programming/override button and turn ignition off to exit learn mode. Test all remotes for proper programming.

We are proud to offer true OEM key fobs direct to you at up to 80% off dealer prices. There is a catch though, so here it goes:

You need to know the only way to get a NEW OEM key fob is to go to a dealer or authorized reseller of OEM parts, and you will pay dealer prices if you do this and spend hundreds of dollars.

The key fob you are going to purchase from us is used or as we like to say "previously loved". We recycle OEM key fobs and put them through a rigorous refurbishing process so we can guarantee our products and offer them at a reasonable price along with saving the environment. Oh, and we are not robbing you of your hard earned dollars like the stealership does. So if you are good with all of this what are you waiting for? Make your life easier, order a key fob from us and save the world!

Add to Your Shopping Cart

Add to Your Shopping Cart